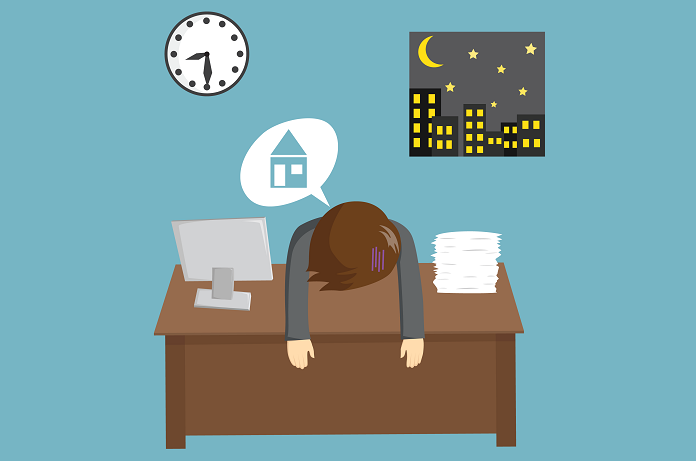 We’ve crunched the numbers; in a lifetime, the average UK employee will work a staggering 87,000 hours (approximately). Figures are based on the average hours worked in a week (37.2) (December 2017), retiring at the current average state pension age of 64.5 (having started work at 18), and looking at the total number of working days in a year (252 in 2017).

88,000 hours… it’s a pretty mind-blowing number, right? Now consider the fact that almost two in five people stay at work late (often for no additional pay) and the number starts to get a little scary. According to a survey by recruitment company totaljobs, accountants (along with IT and HR staff) are the professionals most likely to work additional hours. The Institute of Chartered Accountants in England and Wales (ICAEW) reports that it’s especially the youngsters who are feeling the pressure to rack up the hours, with 58% of 18 to 34-year-olds worrying their colleagues might think they aren’t working hard enough to leave on time – a concern called presenteeism. This is not so surprising when you consider the fact that recent research found that one in three employers look down on employees who leave work on time. Today we will be discussing presenteeism and the pros and cons of working overtime.

Google defines presenteeism as “the practice of being present at one’s place of work for more hours than is required, especially as a manifestation of insecurity about one’s job.” Totaljobs’ survey highlighted Birmingham, Nottingham, Newcastle, Leeds and London as the cities with the largest presenteeism problem in the UK. Martin Talbot, Group Marketing Director of totaljobs said: “presenteeism is becoming an ingrained part of British company culture, but working longer hours does not necessarily lead to greater output.”

Staying at Work Late: the Positives

Arguably, the most obvious bonus of working additional hours is having more time to complete tasks. If you start work early or stay late (or both), you often get the bonus of not being distracted by the jabbering sales team, and you can usually escape the peak travel times, too. In some instances, employers have been known to offer overtimers work perks such as ordering in dinner for free. For the employee, further benefits of overtime include increased earnings (if the overtime is paid) and for the employer, include a more flexible workforce, and the ability to deal with busy periods and cover absences.

Staying at Work Late: the Negatives

We live in a world of excess where more is definitely better – we heap food onto our plates, our drawers are stuffed with unnecessary amounts of clothing, we always want more money, and we have at least ten different mugs (that rounded one from Malta’s important) in our cupboard. This principle is often also applied to our working lives, but is this way of working necessary for success, growth or job satisfaction, and are we putting ourselves in harm’s way by only switching off the PC when our eyelids feel like they weigh 50 stone?

The law in the UK says you shouldn’t have to work more than 48 hours a week on average, but according to the Australian National University, working over 39 puts your health at risk. The university said that working long hours “erodes a person’s mental and physical health,” because less time is available to eat well and look after yourself.

Whilst pulling an all-nighter might seem like a good idea when you’re up against a deadline, it can be very harmful. Sleep deprivation has been linked with deficits in cognitive processing, concentration and increased mental errors, meaning that whilst that project might be in on time, it could be riddled with mistakes (that you’ll have to fix later). In addition, if you stay up late, you’re missing out on sleep which facilitates memory and learning and allows the brain to filter all the information it’s received during the day.

Finally, if you work overtime, what happens to that thing called a work-life balance? We spend the majority of our lives working and sleeping which leaves very little room for anything else, so why reduce that time even further?

Sadly, there isn’t a yes or no answer to the question of ‘should you work overtime?’ Everyone and every job differs – some may be more demanding than others, for example. Perhaps we could ask the government to consider a 26-hour working week like Germany, but will a law change really discourage individuals from staying at work if that’s what they want to do? Let us know your thoughts on overtime below!

Just finished secondary school and looking for your next steps before you enter full-time work? If accounting is a career you’re interested in, AAT offers a number of accounting courses for all levels of knowledge. Get in touch with Aspiring Accountants today for more information.

Where AAT Can Take You Series: Level 2

What’s the Significance of GDPR for Accountants?