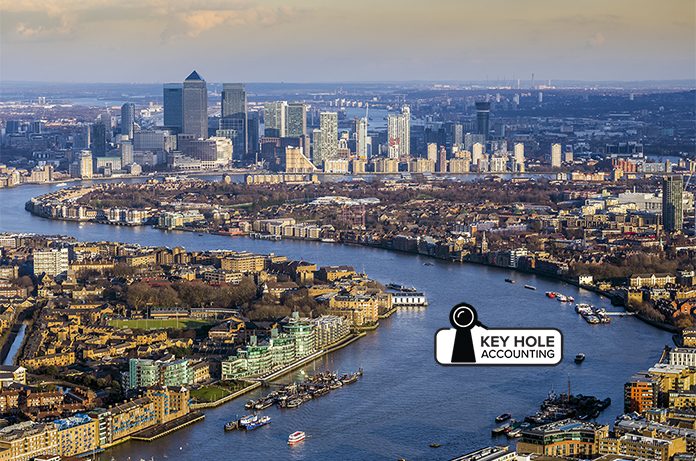 Was it a bridge? Was it a garden? Was it a Scooby-Doo cartoon? We’ll never know. So what exactly went wrong with the Garden Bridge? Key Hole Accounting is here to answer that very question!

From its murkier-than-the-Thames initiation right up until its recent canning, the Garden Bridge was a lesson in confusion. Why and what exactly was the bridge for? Was it a tourist attraction, a convenient Thames crossing or, as Boris Johnson reputedly called it, a “wonderful environment for a crafty cigarette or a romantic assignation.” Whoa, steady on Boris! Luckily for marriages (and lungs) across London, the Garden Bridge project, as of Monday 14th August has officially collapsed. The confusion, however, remains.

The Garden Bridge Trust, a charity setup to manage the project, announced via Twitter that without backing from the Mayor of London (Sadiq Khan “would not provide the necessary financial guarantees,”) they could not “make the dream of the Garden Bridge a reality.” The bad news for taxpayers is that an estimated £46.4 million has already been sunk into the project. How exactly can £46.4m be spent without a single tightrope across the Thames to be shown for it? The simple answer is planning, planning and more planning. As to why the project never came to be…

The Mayor of London’s withdrawal from the project came after a scathing report from Labour MP Dame Margaret Hodge. Where information was available for the report, Dame Hodge found problems. It’s also worth noting that some assessor notes from the engineering procurement were destroyed (rules require these type of notes are kept for seven years), and Boris Johnson was, unsurprisingly, busy the day Dame Hodge requested a chat regarding the Garden Bridge.

Let’s begin with the awarding of contracts. A stipulation of using government money (remember, that’s currently an estimated £46.4 million) is that competition for a contract must be open to bidders: “The contracts were funded by the taxpayer” declares Dame Hodge. In February 2013, three architectural firms were invited to compete for the design contract – Marks Barfield Architects, Wilkinson Eyre and Heatherwick Studio. At this point, the contract had not yet been awarded and all firms competing had an ‘equal’ chance of winning. February was a particularly busy month for Thomas Heatherwick of, you guessed it, Garden Bridge design contract winner, Heatherwick Studio, as he joined then Mayor of London, Boris Johnson, for a meeting with Apple in San Francisco to discuss funding of the Garden Bridge. It’s important to note Dame Hodge’s report mentions Sir Edward Lister’s (Deputy Mayor and Chief of Staff at the Greater London Authority under Boris Johnson) comment that Heatherwick’s presence gave the funding pitch “credibility”. Wilkinson Eyre had built twenty bridges and Marks Barfield had been involved with, in some capacity, the construction of twelve, by the way.

Dame Hodge highlighted in her report how the awarding of the project appeared to have been heavily weighted in favour of Heatherwick Studio, with the other firms given less than three weeks to produce a bid for a multi-million-pound project: “Heatherwick Studio had been working on the project for around five months at this point…[and other competitors were] completely unaware of Heatherwick’s prior involvement”. At this point, it’s unsurprising to find out the project specification given to the design firms did not mention a garden bridge, instead “It asked for design advice to help to develop the concept of a new footbridge, in effect a feasibility study.”

Next onto funding. The Garden Bridge was originally to be funded and maintained by the private sector. When it became clear that private funding would not provide the necessary cash for the project, as Sir Edward Lister told Dame Hodge, “it would need some Government money to oil the wheels”. The Chancellor of the Exchequer made funding commitments, and Boris Johnson used a “Mayoral Direction to instruct TfL to contribute £30 million of their resources to the project.” It would appear the Department for Transport was not involved in this project and thus, “the Government took a decision to commit public money without consulting the responsible department with its relevant experience.”

So mismanaged funding combined with a seemingly biased contracting process appears to have sunk a potential landmark project before construction even began. With so many departments and individual decision makers involved in the project, where does culpability lie? It would appear that many civil servants involved chose not to question the precarious elements of the Garden Bridge project, the simplest being what and who is this bridge for?

Let’s finish by pondering on a truly apt quote from Dame Hodge regarding ethics and the role of accountants in the Garden Bridge project:

“Accounting officers have personal responsibility to ensure value for money in the use of public money. If they feel a particular proposal does not deliver value for money they have a duty to only proceed if the minister gives them a letter of direction to do so. These letters are then placed in the public domain and the minister becomes more directly and openly accountable for his or her decision… Had the Government – both civil servants and ministers – taken firmer action earlier and paused the project to undertake a thorough reassessment, less public money might have been spent.”

How to Take Advantage of the Current Skills Shortage

AAT and Other Qualifications Series – The Basics