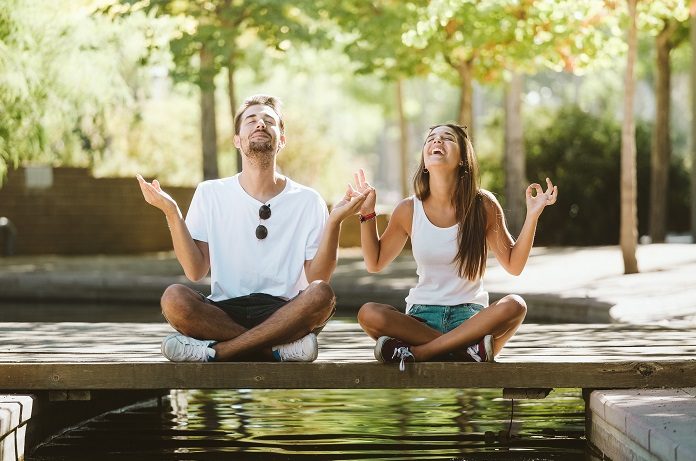 Unless you’re a chocolate consultant, it’s likely at times (or a lot of the time) you’ll find yourself stressed at work. Some of us are more susceptible to stress than others, but the amount of stress we put ourselves under can largely be dependent on the type of role we’re in. Enlisted military personnel, firefighters and airline pilots are said to have the most stressful jobs in 2018 whilst diagnostic medical sonographers, hair stylists and audiologists are believed to have the least. But what about those of us in humble office jobs with just our computers for company? What do our stess-o-meters show?

Even if we’re not facing the great pressures of being employed in front-line service roles (such as those in some healthcare positions), working in an office environment can also be very stressful – so much so that it can affect our ability to work effectively. A certain level of stress is natural, even healthy, in a professional environment, but it’s important that it doesn’t get out of hand; high levels of stress can result in anxiety and burnout, which can lead to more serious mental health issues.

Regardless of occupation, we should all be aiming to make our working (and of course home) lives as ‘zen’ as possible for our own personal wellbeing. There isn’t an overarching definition of wellbeing, but there is a general agreement that at a minimum it includes the presence of positive emotions and the absence of negative ones. So, how do we achieve this positivity in the workplace, and is there an antidote for office stress that doesn’t involve throwing in the towel?

Apparently so, and it’s called laughter…

ITV reports that a number of staff at an accountants in Cornwall have been “sniggering away their stresses” with laughter yoga. Quite the contrast to the typically quiet, serene setting of the ancient Indian practice, laughter yoga is loud and full of those oh-so satisfying belly laughs. The Downward Dog isn’t a feature of these classes; instead, yogis (cool name, right?) get to let loose with exercises that include throwing pretend milkshakes and doing the Hokey Cokey.

The Cornwall Laughter Club says that laughter is great exercise for the diaphragm, facial and abdominal muscles, refreshes oxygen which aids blood flow, improves our connection with others, improves mood and creativity, boosts our immune system and is a natural painkiller. Where do we sign up?

One Theory Behind Laughter Yoga

Because laughter boosts morale and wellbeing, it is thought that if you combine the act with yoga it will not only help staff with their physical and mental health but to cope with the challenges they face in the office. Laughter reduces stress hormones and increases the release of endorphins – the natural, feel-good chemicals. The activity can help staff get motivated and enlivened for the working week as well as ‘deal’ with or approach particularly difficult workplace challenges. Yoga instructor Emma Graham says that staff could approach particularly difficult clients with laughter (although, not laughing AT them, obviously).

Laughter yoga is really taking off and not just in Cornwall. It’s a great form of escapism, and you can find laughter yoga classes up and down the country. It was developed by a medical doctor from India – Dr Madan Kataria in 1995 – and has spread across 100 countries.

Want to work as a stress-free accountant? Why not suggest laughter yoga to your boss? Own your own business? Perhaps it’s time to further invest in your staff. Looking to start or develop your career in accounting? Get in touch with Aspiring Accountants for more information on courses.

Must-Know Pros and Cons of a Career in Accounting

How Long Will it Take Me to Train as an Accountant?