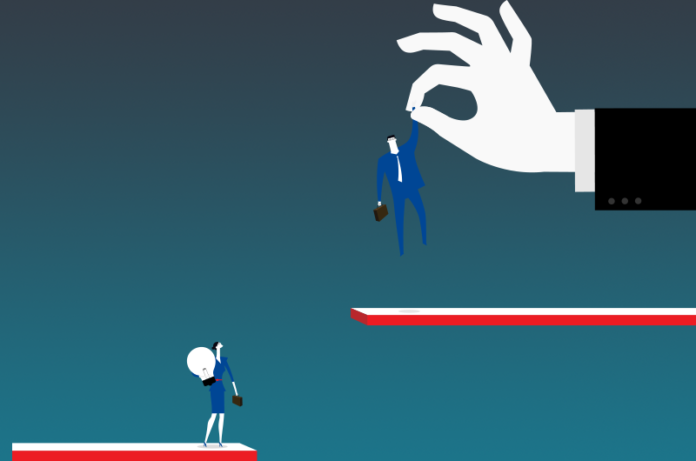 Unfortunately, gender prejudice in the workplace is still a daily issue in many companies. Many women (and some men) have horror stories regarding how they’ve been on the receiving end of discrimination at work due to their gender, and many women are still paid less than their male counterparts for the exact same position. A report from the Equality and Human Rights Commission (EHRC) on discrimination in the workplace detailed how an astonishing 59% of senior decision-makers thought “[a female interviewee] should have to disclose if she is pregnant and almost half (46%) said it was also reasonable to ask a woman if she had small children.” If, as with these senior members of staff, you consider these to be reasonable questions, it may be time to speak to your HR manager about some workplace appropriacy training.

The quote above from the report is a glaring example of workplace prejudice, which is illegal in the UK. Indeed, if you had such an attitude at work, it could mean that instead of hiring someone, you might be on the receiving end of a P45. Some senior decision makers still have some ‘antiquated’ views on appropriate interview questions, but what about gender prejudice specifically in the finance and accounting industry? Will the sector be looked back on as a flag bearer for equality?

Unfortunately, it appears we’re still some way off achieving workplace equality in finance and accounting. A study from the Association of Accounting Technicians (AAT) found that “men at these higher levels [of AAT membership] were paid an average of around two per cent more than women.” At the bottom end of the pay bracket, equality appears to have been achieved; however, once we consider higher ranking positions, “the share of women [in such positions] plunges dramatically,” reported the Financial Times (FT). In the FT’s report, although the financial companies surveyed had more women on the payroll than men in total, just a quarter are in senior roles.

It appears the boys-only culture often associated with high-ranking corporate roles still exists; headlines in 2017 were full of details of the male-only President’s Dinner in which leading figures from various industries including finance were alleged to have inappropriately groped women. In a similar vein, one female interviewee in the FT’s report told the paper “if all your bosses are men there wasn’t much to aspire to;” perhaps even less so when the industry’s professional culture seems like a closed club.

Time for the UK Government to Take Action?

The government’s Woman in Finance Charter (a pledge for gender balance across financial services) has not been signed by 33 of the UK’s top financial firms, reported the Metro. The charter, launched in November 2017, asks companies to increase the proportion of women in senior roles from 35% to 40% by 2020, with a long-term goal of achieving a 50/50 split in senior positions. Around 160 companies have signed up for the charter meaning that around 50% of the financial industry’s workforce is covered by the charter, yet some of the biggest influencers in the industry are still to pledge their commitment.

Some may argue that a mandatory equality charter enforced across all employers in the UK would be a big step in the right direction. Undoubtedly, a cultural shift within the finance industry is needed. A ban on gender restrictive events and clubs could be deemed appropriate. Tasking the HR department with assessing pay equality between similar roles and asking managers for justification of discrepancies could hold those responsible for perpetuating the current system to account.

What do you think would increase the pace of our slow trudge towards gender equality in the workplace? Comment below.

Interested in becoming a pioneer of equality in the finance or accounting industry? Make changes from within by gaining an accounting qualification and rising through the ranks! Contact Aspiring Accountants today to discuss potential career paths with one of our course advisors.

What Qualifications Will I Need to Become an Accountant?

Change Your Career with an AAT Qualification – Aspiring Accountants Video...