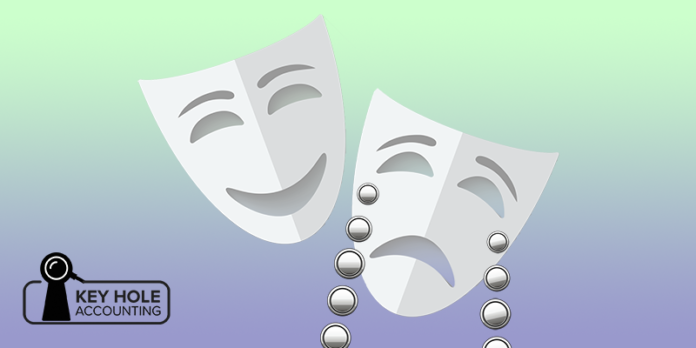 Ever heard of GRG (otherwise known as the Global Restructuring Group)? Perhaps not, but you’ve certainly heard of their parent company the Royal Bank of Scotland (RBS). Today, Key Hole Accounting aims to scratch the surface of a full report released by the Financial Conduct Authority (FCA) into GRG, but don’t sniff too hard – this one stinks.

RBS is more than simply the sponsor of the six nations; it’s the multinational banking giant behind brands like Natwest, the Royal Bank of Scotland and even the Queen’s official bank, Coutts.

GRG was the business support unit for business customers of Natwest and RBS. The unit was officially closed in 2014 following allegations of wrongdoing. According to law firm LexLaw, “following the credit crunch, GRG took control of 16,000 SME [small or medium enterprises] with £65 billion of assets via ‘Project Dash for Cash.’”

Project dash for cash was the name given to the sting carried out through a combined report between Buzzfeed and the BBC. The sting highlighted how RBS via GRG increased the financial instability of many SMEs and leveraged that instability to increase profits. GRG was tasked with rescuing companies that were falling into financial difficulty; however, instead of assisting, the group hit companies with fees, fines and ultimately bought SMEs’ assets on the cheap when the companies fell into administration.

The Financial Conduct Authority is the conduct regulator for financial service companies and financial markets in the UK. The FCA commissioned an official report into GRG; although they were reluctant to release the full findings until members of parliament stepped in to force the release. The report was conducted by a collaboration (a good day for collaborations) between risk management group Promontory and accounting firm Mazars.

GRG ran its operation from 2005 to 2013. According to the BBC: “at its peak [GRG] handled 16,000 companies.” RBS and Natwest business customers were referred to GRG when financial difficulty struck: a missed loan payment or a sharp fall in sales would be enough to send in GRG. From here, they would start loading SMEs with increased interest rate charges and new fees, pushing their customers into further financial distress.

There’s a lack of official regulation surrounding business to business (or commercial lending). Prior to 2015, there was no official network of regulators for commercial finance brokers; The FCA then began a process of asking every commercial finance broker to “either become part of a larger network who would regulate them, or apply to be directly authorised by The FCA,” reports independent commercial credit broker Lime Consultancy.  Likewise, as the Guardian’s Nils Pratley comments: “commercial lending is not a regulated activity, even when the businesses are sometimes so small that they’re more akin to retail customers.” The conditions appeared perfect for GRG to “let customers hang themselves.”

The infamous ‘Just Hit Budget Memo’ was made fully available in the past week. The internal GRG memo reads almost like a cheat sheet for a loan shark; highlights include a tip on how to generate income with sizeable monthly fees: “They normally cannot afford this and you can then leverage an upside,” and “Rope: Sometimes you need to let customers hang themselves.”

The Guardian reported that “when a shop went under, GRG staff were invited to cherrypick items for themselves.” Tactics like intimidation and “bullying” were also employed to make sure GRG employees met their targets. The results of these actions speak volumes: the FCA found that one in six [companies] had actually been damaged by GRG,” reported the BBC.

Were the head honchos of RBS aware of the practices being carried out in their company’s name? We can only speculate; however, as the Guardian’s Nils Pratley points out:

“It is reasonable to expect them [the chairman and chief executive of RBS at the time], even amid the chaos at post-crash RBS, to have asked how their restructuring unit was managing to spit out surprisingly large profits.”

While the Chairman and Chief Executive of RBS could argue that they were unaware of GRG’s ground-level execution, it’s hard to imagine a reality in which the Head of Restructuring at RBS would be ignorant to the goings on within GRG. That former employee now happens to be Chief Executive at another of the UK’s largest banks: Santander. If Santander business customers start voicing concerns over the report, there may just be a new chief exec position opening up imminently.

What a fitting end to our play: a past misdemeanour has returned to (potentially) bite someone in the keister. The character’s fatal flaw? Unhealthy levels of ambition, or are his actions endemic to the sector’s working culture?