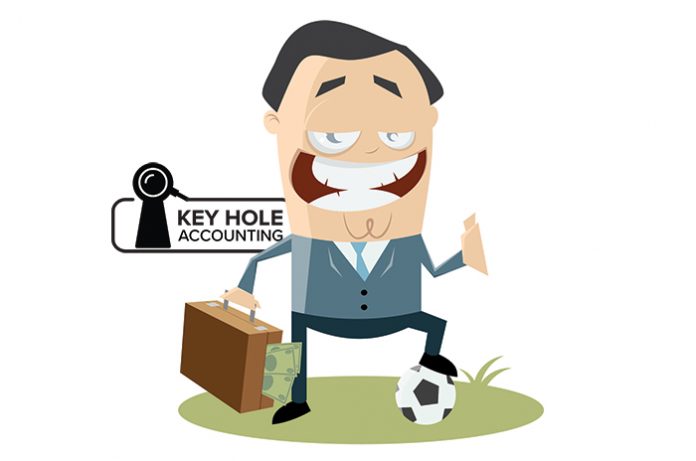 Every pre-season, before a ball has been kicked in anger, conversation inevitably turns towards the excitement/farce that is football transfers. No, we’re not talking about Connor Wilkinson’s two-year deal at Gillingham. The question today is, can top level transfers be justified?

It certainly feels like transfers are rising astronomically year-on-year. Neymar has just been sold for an eye-watering £198m, more than doubling last year’s world record fee of £89.3m. It begs the questions, what will Paris Saint-Germain Football Club (PSG) be getting for their £192m? Could Paul Pogba be considered a steal at £89.3m?

In the world of football, money talks. There’s a small group of players classed as top-tier and every year a small group of top-tier earner clubs compete to buy them. There are long established names in this category – Barcelona, Real Madrid, Juventus – that have been competing at the highest level of club football for decades. These clubs, however, attract players with more than money – they offer prestige. Increasingly though, players are being tempted by cold hard cash – PSG perhaps falls somewhere between the two. The Qatari-backed club has cash aplenty and has established themselves in recent years as serious competition for even the best clubs.

PSG most certainly belongs in the category of nouveau riche  – Manchester City and Chelsea as well. These clubs have shaken up the system by buying big and investing heavily over a few seasons, following a period of general footballing insignificance. The hatred fans feel for clubs like Real Madrid and Manchester United is earnt through years of success, something our new boys are hoping to emulate. And the prize that really establishes you as a top-tier club? Some would argue it’s the Champions League, others would say that it’s the consistency of competing at the very top that gives a club prestige (and financially protects them). Liverpool and Manchester United are a testament to this. Both teams have had limited footballing success in recent history but remain firmly locked into the top 10 of the most valuable football clubs in the world. Their prestige still attracts top players and managers and keeps their brand among the most powerful in world football.

Is Neymar the Answer?

For PSG, four years of Champions League quarter finals, followed by last year’s shock last 16 loss to a rampant Barcelona (Neymar ran that show) demonstrates that they’re just not quite reaching the upper echelons. Can one player be the difference? The very attribute that establishes a player as a top tier player is their ability to change a game single-handedly. Does Neymar fit this billing? For many, he does, and he may well continue to dominate the superstar footballer image once the other two have finally hung up their boots.

So it’s a long term investment? Certainly, PSG hopes that with Neymar behind the helm they can begin their own ascent into world club domination. PSG’s quest for European success also appears to have been somewhat detrimental to their domestic campaign, with the seemingly endless domination of Ligue 1 coming to an abrupt four-year end (Monaco won the title for the first time in 17 years last season). With the addition of Neymar, they hope to comfortably jump back on top of their domestic competition. Energy can then be focused towards the Champions League.

In an interview with Moreaboutadvertising, MediaCom’s VP of sport and entertainment Misha Sher gave some interesting insight on the transfer:

“Neymar’s move to Paris Saint-Germain transcends a business transaction; there’s a political, cultural and commercial aspect of this deal like we’ve never quite seen before. For one of the most iconic players in the world to move to a, some say, lesser league, Neymar’s transfer represents something of a coup. The football broadcast rights will almost certainly increase as demand rockets to watch a genuine sports superstar join the French league. With the Qatari-backed PSG and the World Cup just around the corner, Qatar is also being seen as a big winner here, leveraging the transfer to raise its value and appeal.”

Has a transfer ever had the global impact Neymar’s may possibly have? Many stakeholders have much to gain from the deal – Qatar, Ligue 1, PSG to name but a few. The more one looks at the effects Neymar’s transfer could have, the more that £198m investment seems like a no-brainer.

Key Hole Accounting – The Gender Pay Gap: What Is It?...