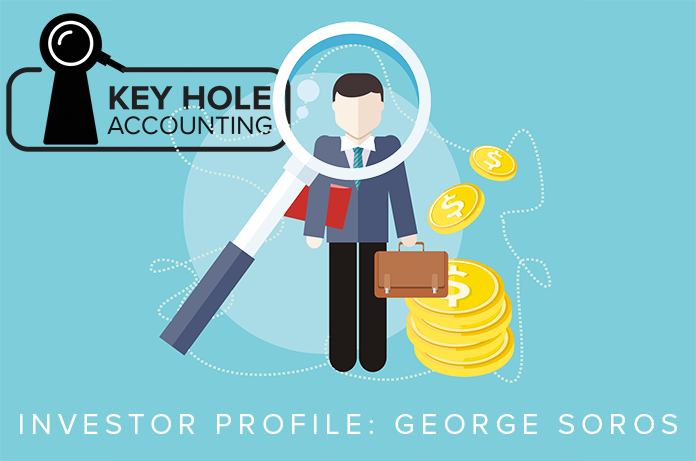 Today we profile a truly legendary investor who has become one of the flag bearers for democracy around the world: George Soros.

Mr Soros rose to fame off the back of the UK’s withdrawal from the European Exchange Rate Mechanism (ERM). The ERM was a means by which countries in the EU could balance their currency in relation to each other in preparation for a single European coin (eventually the Euro). The programme aimed to impose a set of exchange rate parameters in which each currency would sit, thus bringing stability to a group of connected currencies. In fact, trades could be made in European Currency Units (ECU) which were essentially units of money, although there was no central bank and thus the ECU was never minted. An essential part of the ERM was the currency around which the policy was pegged: the German Deutschmark.

After an interest rate rise in Germany, following an expensive unification project after the fall of the Berlin Wall, traders in Europe (including Italy, Spain, and the UK) began selling off European currencies in favour of the Deutschmark. Mr Soros was at the heart of this in the London Stock Exchange and led a group of speculators that started short selling the pound. Mr Soros was “borrowing” pounds from investment profiles and selling them for the higher valued ERM price that the government was obligated to back; the Bank of England tried to steady the market by selling its foreign currency reserves to pay for the speculators’ pounds. The speculators then waited for the inevitable price drop; they then covered the cost of the pound borrowed and pocketed the profit. Eventually, the Bank of England caved and stopped selling. The government of the time attempted to intervene with several interest rate hikes of their own, but this only worked to spur the speculators to sell more.

A short while after Black Wednesday, the UK withdrew from the ERM and the economy flourished! Some called Mr Soros ‘the man who broke the Bank of England,’ while others refer to him as a kind of liberator for the UK who showed that ERM was not a good fit for the UK.

After taking the Bank of England to the cleaners (and showing them the error in their ways), Mr Soros turned his attention to more philanthropic endeavours. He is the founder of the Open Societies Foundation – a charity that “work to build vibrant and tolerant societies whose governments are accountable and open to the participation of all people.” He has personally sunk an eye-watering amount of money into OSF ($32 million).

OSF have funded various non-governmental organisations (NGOs) and charities around the world, promoting causes like lesbian, gay, bisexual and transgender (LGBT) rights, public health as well as defending and promoting democracy around the world.

The history of OSF dates back to 1979 in Hungary where Mr Soros would donate photocopiers to universities, libraries and civil society groups in a bid to break the government’s grip on information. Later on, OFS would provide humanitarian aid to war-stricken areas.

The philanthropy continued in 1991 when Mr Soros established the Central European University along with a group of intellectuals:

“Soros championed the project because he understood that open societies can flourish only with people in positions of responsibility who are educated to promote them. His vision was to recruit professors and students from around the world to build a unique institution, one that would train future generations of scholars, professionals, politicians, and civil society leaders to contribute to building open and democratic societies that respect human rights and adhere to the rule of law.”

Although not a project directly founded by Mr Soros, Best for Britain did receive a substantial amount of cash from OSF. Around £400,000 was donated to the cause which aims to “to oppose and strop Brexit through a transparent democratic process.” Mr Soros worked with Best for Britain CEO Eloise Todd on the Open Government Partnership.

Best for Britain’s principal aim is to stop Brexit through a democratic process in a bid to provide a better future for the young people who voted heavily in favour of remaining as part of the EU.

One of the problematic elements associated with wealthy benefactors is that unlike politicians (in the House of Commons at least), they’re not elected. Although Mr Soros does not appear to run OSF as one would an autocracy, it’s extremely difficult to know the process behind the decisions. Likewise, Mr Soros’ political connections mean that he has a direct line to some people with genuine political power. For someone who believes so strongly in democracy, some of Mr Soros’s actions feel decidedly undemocratic. However, it’s naive to think the very same practices are not being carried out on the other side of the political spectrum. Non-domiciled Lord Rothermere is the chairman of DMG Media, which owns The Daily Mail, MailOnline and Metro (among other things). The Mail was quick to call out Mr Soros for his “plot to subvert Brexit” through the backing of Best for Britain, yet the Mail’s owner cannot deny the impact his paper had on the referendum result. Irony sirens are going off. Is Mr Soros a necessary balance for a dangerously unbalanced equation, or is he merely another businessperson abusing his position of power?

Are you picking up what we’re putting down? If you’re vibing on our content (man), why not subscribe to our newsletter and get Aspiring Accountants’ ‘quality content’ sent directly to your inbox? 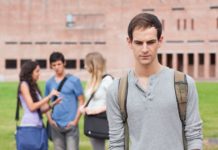