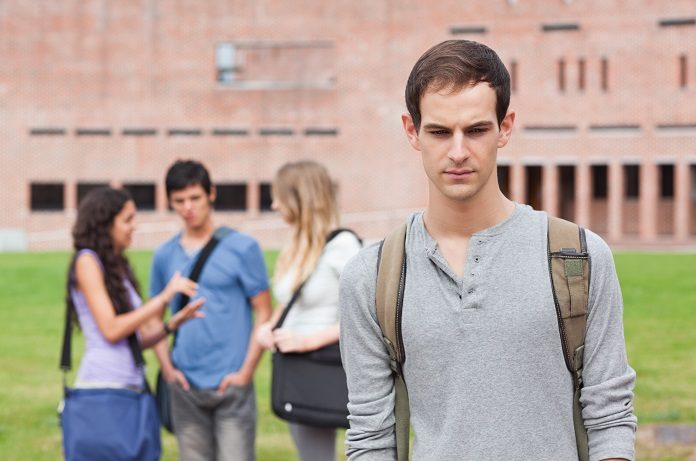 Millennials might be Britain’s most-connected generation, but they are also one of the loneliest.

Back in October 2017, the Independent reported that, alongside Generation Z, millennials communicate digitally more than they do in person. Now we can’t deny that social media and technology adds value to our lives – it allows us to keep in touch with friends and family that live many, many miles away, for example – but it doesn’t necessarily replace the important connections we get from face-to-face relationships. Without this regular interaction and just your phone for company, it’s very easy to feel isolated and alone.

MSN News reports that one in ten young adults say they are often or always lonely in comparison to just 3% of 65 to 74-year-olds. However, it is unlikely that the use (or overuse) of social media and technology are the only reasons behind why millennials are the loneliest generation. We have to remember that this younger age group undergo a number of life transitions that can make them feel lonely, such as leaving home for higher education or venturing into the workplace for the very first time. It’s possible that when individuals feel socially isolated, they go on social media in an attempt to feel less lonely or it could be that spending a lot of time online makes individuals feel isolated.

Student Jago Corry spoke to MSN about feeling isolated and anxious when he moved school to complete his A-levels. Corry found that he didn’t have the confidence to make new friends and struggled to explain what was wrong to his parents. The student added that he had “no idea about anxiety, let alone mental health.”

Although millennials and Generation Z are grabbing the headlines for being the loneliest generations (98% of Gen Z own a smartphone), they are not the only age group suffering from the “loneliness epidemic” that’s “tormenting Britain;” roughly a million elderly people are feeling the impact along with children as young as six, reports MSN.

The UK government has said that loneliness is a complex issue, but one it is “determined to tackle.” However, it appears the task is a difficult one due to the UK having a higher proportion of adults who have “no one to ask for help,” in comparison to other countries in Europe. The government is currently developing a cross-government strategy on loneliness in England, which is to be published later in 2018.

Back in January, Prime Minister Theresa May described loneliness as a “sad reality of modern life.” The PM has now announced that charities and community groups will receive £20 million of funding to help bring isolated people and those suffering from loneliness together. UK Fundraising reports the money will also help “fund projects that use technology to link those in remote areas and help improve transport connections to make face-to-face contact easier.”

Loneliness – Who’s Most at Risk?

As part of the government’s drive to tackle loneliness, the Office for National Statistics (ONS) compiled data which revealed that widows and widowers, the unemployed, renters, single people, and those in poor health were found to have a greater likelihood of frequently feeling lonely.

It is often the case that those who spend a lot of time by themselves experience loneliness; however, this isn’t always the case. With tech all but replacing human interaction in the workplace (through the likes of sending emails rather than talking in person and using communication programmes like Slack), combined with heavier workloads, you can be surrounded by people in the office and still feel alone. Face-to-face contact is of paramount importance in relationships, and those who have less of this interaction are at risk of feeling isolated and alone.

Loneliness can have a profound and devastating impact on people’s lives (their physical and mental health as well as their productivity in the workplace and wider community cohesion). The BBC reports loneliness is a serious public health concern which studies suggest can be as harmful as smoking 15 cigarettes a day; it’s therefore very important to look out for each other and support individuals to have meaningful social relationships – whether that’s at school, work or at home. This could be as simple as popping over to see your new neighbour who’s a young, single mum without any family nearby.

If you’re personally experiencing loneliness, mental health charity Mind has published a number of practical suggestions for what you can do to cope and where you can go for support.

How to Make Sure YOU Get the Job!

What Jobs Can I Do With an AAT Qualification?