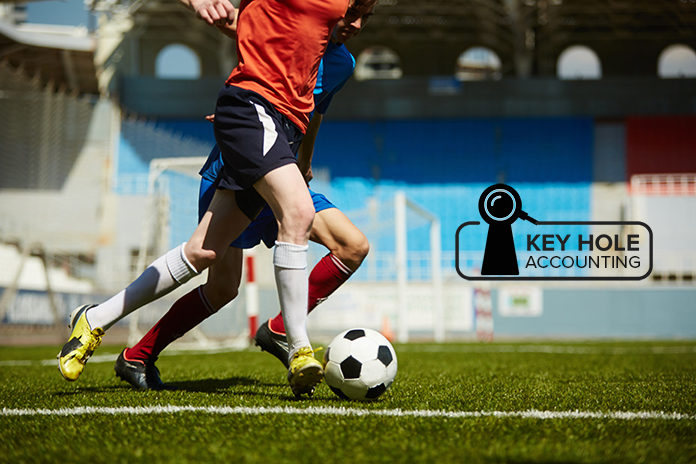 The majority of professional (and a surprising number of non-professional) football teams in the UK have a long and rich history that dates back to the very origins of the beautiful game. It was not uncommon for a club to move around and change their name during those early years. However, once settled, a club’s history became ingrained into its culture. Arsenal FC, for example, has routes that date back to 1886 (formerly known as Dial Square) in south London. After moving between grounds and changing names, the club eventually settled in Highbury, north London (1913) but kept the name Arsenal name in homage to their roots in a south-east London armament factory. What caused their eventual move from south to north of the river? A rent increase for their ground forced their hand.

Having a move forced upon a team appears to have been more frequent in the past; modern football, however, rarely sees such uprooting. It’s here we begin our look at the curious case of MK Dons.

Plough Lane: Home of ‘the Dons’

We start our journey in 1889 where the origins of Wimbledon FC can be found. The Wimbledon Old Centrals became, in 1905, simply Wimbledon. Although seeing some amount of success on the pitch, the club’s movement from ground to ground in this early period meant regular support was hard to come by (TV rights payment was still a few years away). After a period of inactivity, Wimbledon eventually joined forces with another team from the local area: Wimbledon Borough FC. The two teams merged to become Wimbledon FC and found a home in 1912 at the Plough Lane Stadium; this would go on to be their home ground until 1991.

It’s after leaving Plough Lane in 1991 that Wimbledon’s problems began. The Taylor report into stadium safety forced the club to abandon the partially terraced Plough Lane. The club led a nomadic 12-year existence where it shared the Selhurst Park ground (south-east London) with Crystal Palace FC. The club struggled to fill the stadium and, according to then chairman Charles Koppel, was losing “£20,000-per-day” in 2002. A move away from London would supposedly remedy this, although the move was rejected in 2001 by Football League Chief Executive David Burns as it would harm “the heritage of football in this country.”

Something Borrowed, Something New: A Difficult Marriage

Although still named Wimbledon FC, the club did eventually move to their new home in Milton Keynes in 2002 (almost 50 miles away) and went on to change their name to Milton Keynes Dons in 2004 – borrowing ‘the Dons’ moniker which continues to provoke angry reactions from the fans left over from the move. The club was rescued from administration and, thus, saved from complete failure with a move to Milton Keynes and subsequent name change. A significant investment guaranteed that, in some semblance, the origins of Wimbledon FC lived on.

How the final move came about was something of a financial coup for MK Dons Chairman, Peter Winkelman. The 2002 – 2003 period was a busy time for MK Dons with a series of events essentially forcing the move along, with Winkelman playing the hand he was dealt perfectly. 2002’s independent decision to allow Wimbledon FC to move to Milton Keynes saw the financial state of the club quickly worsen. Fan support dropped significantly after this decision and eventually resulted in the club falling into administration. Fans, at this point, had the option of supporting the club financially and taking it out of administration. Kris Stewart, the leading campaigner against the move to Milton Keynes, told the Guardian in 2012: “When it went into administration…  I can’t remember anybody considering we should buy it; it had already died for us.” Indeed, fans had already begun setting up a team (more on that later).

Meanwhile, Milton Keynes council was interested in securing a professional football team for the town; they used the land which currently hosts the Stadium MK as leverage for further financial support from Asda – a company interested in building a store on the site. The plan was for the then owners of the proposed development site to sell the land necessary for the stadium (and Asda) to Winkleman (Asda was not given the option to directly buy the land). Winkelman would then sell part of the land to Asda for a sizeable profit and begin construction of Stadium MK.

However, before the move could be facilitated, Wimbledon FC entered administration. Thanks to Asda’s backing, however, “[Winkelman] leveraged in other finance for the administrator to keep Wimbledon in existence,” the Guardian reported. The final proposal came together with an initial sale of land to Asda (£35m) and Ikea (£24m). Further land sales continued, and the area was eventually populated with a cinema, restaurants and retail stores (now grouped under the title – MK1 Shopping & Leisure Park). The profit was invested and construction began on the 30,500 seater MK Stadium.

A New Era of Franchising Or Fan-Led Success?

The decision to move to Milton Keynes, along with the name change was “criticised by many supporters across the country as US-style “franchising”, a common practice whereby top sports teams are regularly bought and sold and move from city to city,” a Guardian report from 2002 explained. It’s during this period, AFC Wimbledon was formed by fans in protest of the move. Nothing brings fans together like an (especially bitter) rivalry, as was the case with AFC Wimbledon. The club hastily formed and entered the Combined Counties League after quickly putting together a team from trials on Wimbledon Common. Five promotions and nine seasons later, fate has it that MK Dons and AFC Wimbledon are now in the same league. For some, AFC’s meteoric rise, when compared with MK’s stagnancy, means the battle for ‘the real dons’ has already been decided.

AFC Wimbledon was and continues to be a fan-backed club. In an unprecedented move for a modern football club, Chief Executive, Erik Samuelson, sought fan backing to increase their player budget for the new League One season in the summer of 2017. At most other clubs, the thought of handing over extra cash is almost unthinkable, but AFC Wimbledon is far from normal. In League One, AFC’s Kingsmeadow stadium is dwarfed in terms of capacity; AFC home games, however, attracted on average just 400 short of a full stadium last season (92% capacity).

This fairytale story doesn’t finish there. It’s with great pride, AFC Wimbledon announced in 2016 that they will once again play in Plough Lane. Construction of their new stadium (just metres away from the original ground) is currently yet to start, but ‘the Dons’ return home to Plough Lane will mark one of the most romantic stories in recent footballing history. It will also allow the club to leverage their dedicated fan-base for further ticket sales – a 20,000 seater stadium (initially 11,000) has been proposed, quadrupling their current capacity.

Do you think AFC will continue their rise up the footballing ladder or will MK Dons dominate? Expect to see fireworks when the two ‘Dons’ meet this season.

Think you’ve got the chutzpah to pull of Winkelman-esque deals in sport? Perhaps you can use harness fan anger and facilitate an AFC Wimbledon style separation? Either way, a career in accounting might be just the ticket. Contact Aspiring Accountants today to find out the various paths to become an accountant (perhaps for a professional sports team).

What Jobs Can I Do With an AAT Qualification?