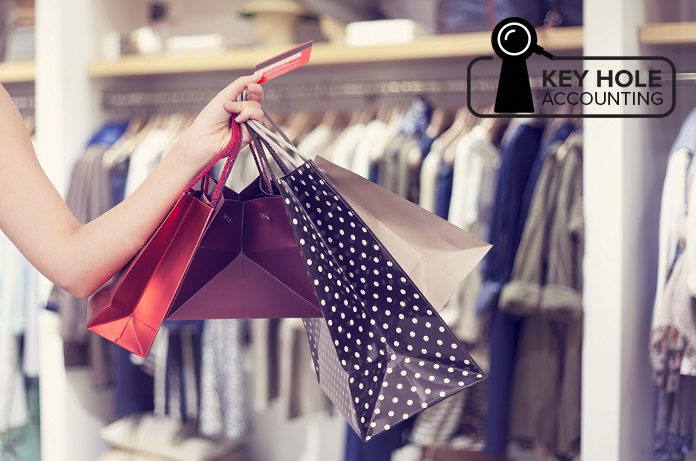 It seems like footballers and their managers take it in turns to hog the headlines these days. If it’s not an eye-wateringly high transfer being announced one day, it’s a footballer caught up in a careless act or a manager sent to bed early for pestering the ref the next. Everton FC’s new forward Wayne Rooney may be front and centre stage for all the wrong reasons lately, but it’s his other half who’s making the right kind of waves.

It seems Mrs Rooney (formerly Coleen McLoughlin), a model, has earned her own spotlight as a recent report sees her turn from “WAG to riches”. Now, we really dislike the term ‘WAG’ (wives and girlfriends) – an acronym which was first used by the British press during the 2006 FIFA World Cup – but we have brought this article to your attention because (WAG aside) it’s actually refreshingly different.

Rather than discussing Coleen’s latest trip to the shopping centre (rolls eyes), the article draws attention to how the mum of three (soon to be four) has made a name for herself over the last 15 years, 9 of which she’s been married to the footballer. The model from Liverpool has fronted campaigns for George at Asda and Littlewoods, launched three fragrances, written an autobiography, produced a bestselling fitness DVD, presented alongside Sir Trevor McDonald on his Tonight show, has had her own TV series, and has been a columnist for both Closer and OK! Magazines. Coleen stands alongside the likes of Victoria Beckham – previous described as “Queen of the WAGs” – who became bigger than the one-dimensional WAG label by becoming a creative force in the make-up and fashion industry.

Just a few years ago, news outlets reported on how girls aspired to be WAGs, a WAG was seen as a “career option”. Headlines read “With their private jets, luxury holidays and wardrobes full of designer labels, the WAG lifestyle is an enviable one…” Today, the title paints a much murkier picture. The Guardian describes the acronym WAG as a “sexist slap in the face; an appellation that underlines their status as adjuncts to their husbands: accessories, appendages.” A description we feel, stands on its own two feet.

The game of football may be loaded with money and fame, but it certainly has its drawbacks. Footballers are indeed some of the highest paid athletes in the world – Manchester United FC’s Paul Pogba takes home in excess of £200,000 a week – but there is a vast difference in footballers’ salaries. Fellow Premier League player Charlie Daniels of Bournemouth FC takes home £13,000-a-week – that’s almost a sixth of Pogba’s salary. And we haven’t even gone into the lower English leagues. A few years back, an article compared Coleen’s earnings with her husbands (while he was at Manchester United), and she was earning just a few thousand less than he was, thanks to her successful business projects. Coleen’s net worth is said to be around £15.1 million today.

We champion Coleen for not accepting the WAG tag that comes from certain sections of the media and for the dedication and hard work she has put into her business ventures. Whereas the tumultuous salary of footballers only continues whilst they are at the very top of the game, Coleen Rooney is now seemingly set for life.

Fascinated with numbers? Eager to solve problems and help others with their financial affairs? A career in accounting may just be for you. Contact Aspiring Accountants today to find your perfect course.