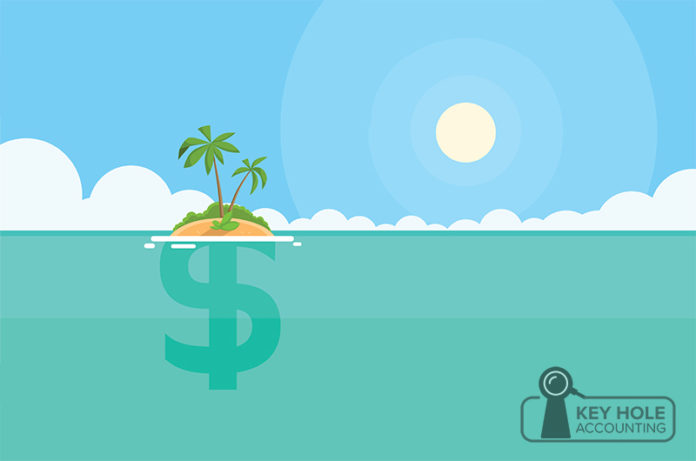 How do you solve a problem like tax avoidance? This particular will-o’-the-wisp is, once again, out in the open for all to see. The recent publication of tax avoidance records by German newspaper Süddeutsche Zeitung reveals that if you’ve got the dough, you can beat the system. Today we look at just how companies and individuals get around those pesky tax laws, and why average joes like you and I are stuck paying the bill.

The Isle of Man – it’s an odd little island situated between Ireland and Great Britain. It’s home to a breed of cats without tails, but it’s also home to a new scheme of VAT avoidance. The island became embroiled in the recent Paradise Papers leak as having one of the largest registries of private aircrafts in the world. That strikes us as being a little odd here at Aspiring Accountants…

Let’s take a celebrity jet as an example of the VAT avoidance. Costing $26,817,260, according to the BBC, one celebrity’s jet was seemingly leased from company to company, and eventually, back to the original owner? But why? VAT avoidance to the price of £3.3m is why. And that £3.3m is just the tip of the iceberg: £790m worth of VAT refunds for aeroplanes have been issued by the Isle of Man since 2007. You may be thinking “if used for business purposes, VAT refunds are legal,” which is correct. However, evidence of the private use of the aeroplane in mention is plastered over the owner’s social media accounts.

Now there are two VAT issues involved here – the original purchase of the plane and the usage of the aircraft. The initial purchase was, in this case, made by the owner’s company; a second company leases the jet and imports it to the Isle of Man. A third company leases the plane from the second and then leases to a fourth company. The first and fourth company is owned by the same person, but as it has been leased each time, each party can write off the VAT costs involved as “commercial” transactions. Somehow, this is perfectly legal.

Onto our second issue – flights. If a business flight is taken, VAT can be recuperated. However, as we already mentioned, finding evidence of the private use of the plane isn’t all that difficult. How VAT has not been paid on flights remains something of a mystery.

Overseas territories are under the control of the UK “but do not form part of the UK itself” reported the BBC in 2016. It appears many of the overseas territories are self-governing, and they, therefore, have control over their laws: “There is no income tax, no capital gains tax and no inheritance tax. There is also no public record of any owners of a business and no accounts are published, ensuring secrecy for those operating there,” said the BBC.

The secretive nature of running a business in one of the aforementioned territories makes it extremely difficult to address the issue of tax avoidance. However, thanks to investigative journalism, those playing the system are finding themselves exposed. Money, particularly holding onto as much of it as possible, appears to be the principal priority for some of the companies and individuals involved; consumers should, therefore, vote with their cash where possible as the UK government appears slow to react. As for the individuals involved in the schemes, we can only hope journalists continue to amp up the pressure; if it worked on Jimmy Carr, there’s no reason it can’t work on the cast of Mrs Brown’s Boys.

Learn How to Save Your Future Employer Millions