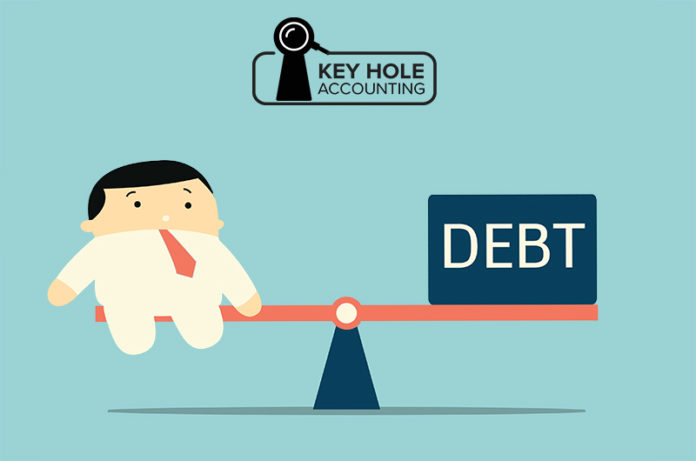 Government debt is often treated by the British press like an old uncle rolled out for Christmas: no one quite understands him, and he looks like he’s afflicted by some malady, but no one can be sure quite what it is or what he’s saying. He certainly doesn’t look as good as he did back in the 90s though; that we can all agree on.

With the announcement of the budget, today we take a look at government debt to try and gain some perspective on this elusive topic.

To understand debt is to have a deep and meaningful understanding of acronyms. We’ll start by running through a few vital elements that will help us to get to the bottom of why governments borrow.

Gross Domestic Product, or GDP, is the market value of all finished goods and services produced within a country in a year. Essentially, every product bought for final use (as opposed to buying components to put together and sell – laptops = finished goods; CPUs = unfinished goods) is part of GDP. This also applies to products produced in a country and sold in another country – the market value of these products are added to the GDP of the producer country and subtracted from the GDP of the purchasing country.

A government bond is a security issued by a government. Essentially, the government can be lent money for a small interest fee by selling bonds to people. Bonds are issued to assist budget deficits (more on that below) and control a nation’s money supply. Depending on the political stability of a country, bonds are often seen as risk free investments.

A budget deficit is, like GDP, used as an indicator of economic health. If a government has a budget deficit, it is spending more money than it generates and must borrow money to meet the needs that are not fulfilled by tax, VAT and other sources of income. The UK government’s austerity package was introduced to attempt to reduce the deficit.

Often, GDP and budget deficit are used together as a ratio which can indicate economic health; low GDP to deficit ratio suggests a country produces enough to pay off its debt; high GDP to deficit ratio indicates a nation does not produce enough to pay off its debt. Investment tips site The Balance commented: “A study by the World Bank found that if the debt-to-GDP ratio exceeds 77 percent for an extended period of time, it slows economic growth. Every percentage point of debt above this level costs the country 1.7 percent in economic growth.” The UK’s current GDP to deficit ratio? 89.3% (November 20th, 2017).

If a government has a balanced budget, the money it generates through tax, VAT and other sources is equal to the amount it spends on services like healthcare and social security. If a government has a surplus budget, it generates more money through tax, VAT and other sources than it needs for its spending programmes. On the surface, a balanced budget or surplus appears to be a good sign; Denmark, for example, had (as of April 2017) a small surplus of 1.7%. After falling into a budget deficit in 2009, the Danish government began investing in areas like pharmaceuticals, agriculture, and foreign trade practices. World Atlas commented:

“It seems as though when Denmark experienced a deficit in 2009, they set out to work hard and fast in order to repair the situation, and are still reaping the rewards as a result.”

However, a budget balance or surplus is not always a sign of economic strength as was the case with the Bill Clinton government…

How can a government with a surplus of cash plants the seed that cause the economic downfall of a nation? An extensive article by Business Insider sought to break down the fundamental elements that caused the housing bubble to pop in 2007-2008. Bill Clinton was the last US president to have a budget surplus, and herein potentially lies the root of the financial crisis.

During the Clinton years, the US was simultaneously taking more in tax than it needed (“the opposite of a stimulus” Business Insider) while importing more than it exported (“a huge drag on GDP” Business Insider). Having a surplus can often result in the government slowing down it’s issuing of bonds as was the case in the Clinton years. The market gap for investment was filled instead with Fanny Mae and Freddie Mac type mortgages, and, suddenly, homeownership became something of a norm. Simply, growth was slowing and so was government investment. Private business was left to explore new avenues by Clinton’s deregulation. The increasingly riskier debt was sold which lowered household savings and increased household debt. Once housing prices started to stagnate and fall, the system began to collapse: the product you bought is now worth less than the amount you paid (and continue to pay) via a loan. Furthermore, if you default on your loan, the bank also makes a loss as it can never make back its original investment: everybody loses!

Before you read the next news article regarding the government deficit, remember: debt isn’t always bad, and surplus isn’t always good. Understanding the principles behind the economic strategy is far from easy, but if you can grasp the fundamental elements, you’ll be making an informed decision when the next general election arrives.

Interested in learning more about the economy? Why not become a government accountant? Contact Aspiring Accountants today to find out which course fits your needs.

Check Out the Top 3 Accountancy Roles

Is Accountancy a Boring Career?