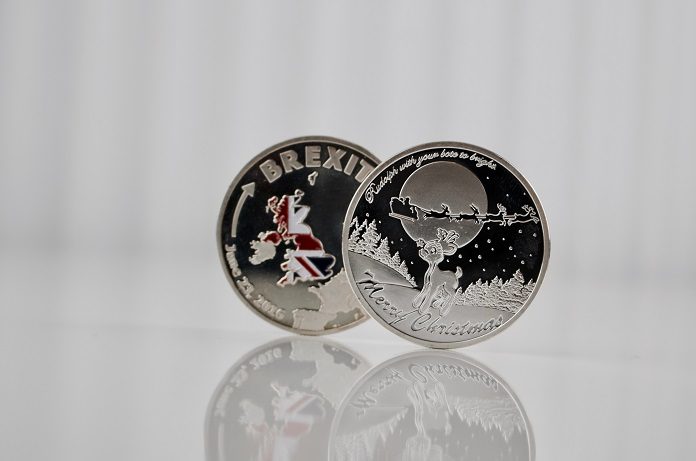 Can you believe it’s already December?! Now that we’ve shaken off Black Friday, it won’t be long before the ‘big day’ arrives. Have you started nestling presents under the tree yet? If you’ve already made that dreaded trip (or four) to the shops, you may have noticed a different aura in the air this year. Retailers usually spend the run up to Christmas preparing for the onslaught of customers, but this year, there’s a whole lot of uncertainty surrounding consumer spending in December.

If you’re an avid news follower, you may have noticed a large number of conflicting articles discussing how much shoppers will spend this year on Christmas. One news site states that spending is expected to fall this month, and the next story reports it’s likely to increase. One thing we are sure about, however, is that Brexit is causing much of this uncertainty, and, as a result, is throwing businesses off left, right and centre.

It’s been nearly a year and a half since the Brexit vote in June 2016. Although we now know when the UK is scheduled to leave the EU (March 2019), businesses remain perplexed when it comes to how Brexit will affect them in both the short and long term. This is partly because the EU are refusing to discuss future trade relations (which affect businesses) until enough progress has been made on other issues (such as how much the UK owes the EU). To add to their woes, companies also can’t predict how Brexit will affect public spending throughout the year – more on this later.

Businesses big and small are expected to plan ahead if they are to be successful, but how can they do this if they’re stepping into the unknown?

One Step at a Time

With Britain in a state of limbo thanks to an unpredictable Brexit, it’s understandable that both businesses and individuals are delaying any major economic decisions until more clarity is given. Until then, companies are being forced to take each day as it comes and keep their eyes peeled for any updates. While businesses cannot predict the future of trade relations (nor have anything to compare the current situation to), they can look at current and prior consumer spending figures to get an indication of what the next few months may look like. Let’s see what the retail sector is saying…

December marks a nail-biting end to 2017 for retailers. The Christmas period is usually their last opportunity to boost sales for the year, but a dark cloud has formed over their heads in the shape of Brexit. Retailers are now being forced to battle to protect their profit margins against the rise in imported goods (due to the weak Stirling). British shoppers, too, seem to have halted ‘celebrations’. The Guardian reported recently that British shoppers could spend less on Christmas for the first time since 2012. The news site expects a 0.1% dip in UK spending during November and December due to continuous uncertainty, rising prices and a fall in wages.

As we get closer and closer to the day the UK leaves the EU, Retail Week predicts that consumers could become increasingly wary of spending. Everyone’s forecasts are dominated by issues around Brexit, but the problem is no one is sure what kind of Brexit we will have. The Centre for Retail Research forecast a 1.2% growth in retail sales in 2018 (positive news), however, they admit we’re in a very uncertain time.

Retail Week believes that all generations will be tightening their belts in the run-up to Brexit. Some individuals associate anxiety with older shoppers and believe Generation X are the care-free types, but the news site explains that anyone who is young or an adolescent during a recession is more financially wary when they grow up. Retail Week explains the ‘fight’ now is whether consumers will go for value or quality, which is why retailers need to ensure that their product or service is one consumers cannot do without.

Do you think you have the knowledge and skills to guide a business around obstacles such as Brexit? If your eyes brighten up at the sight of numbers, an AAT qualification could give you the grounding you need. Contact Aspiring Accountants today for more information.

If you’d like to receive accounting-related news, views, study tips and career advice for free, sign up to Aspiring Accountants’ Newsletter today.

Accountants, Laugh Away Your Stress

The Accountancy Firms You’ll Want to Work For