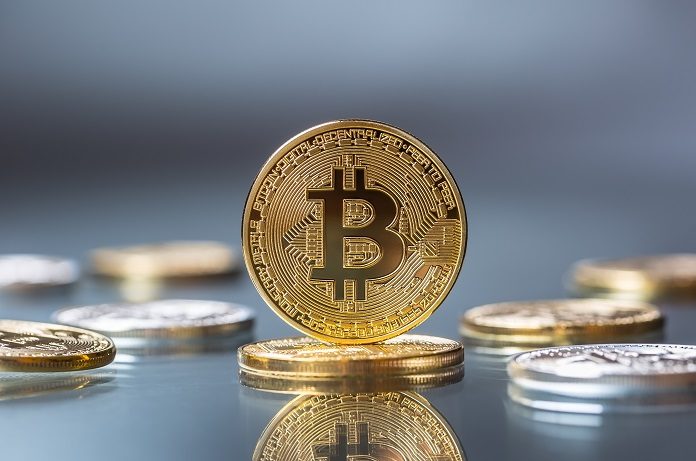 Bitcoins mean business. PwC (PricewaterhouseCoopers) has joined EY (Earnest & Young) to become the second member of the ‘Big Four’ (Deloitte, EY, PwC and KPMG) accounting firms to accept payments in bitcoin. News site Bitcoinist reports the top firms want to “gain supremacy” in this new “cryptocurrency ecosystem” and are therefore adapting their strategies and services to better respond to consumer’s demands – if customers want to deal in bitcoins, then bitcoins you will have to accept. If we’ve lost you, and there’s just gold coins rolling in your eyes, don’t worry, all is about to become clear.

Created in 2009, Bitcoin is described as an “innovative payment network and a new kind of money.” Frustratingly, you’re likely to come across various definitions for Bitcoin, but the simplest we’ve come across is that it’s a “global payment system for anyone to use.” Let’s go into a little bit more detail…

Bitcoin is the first digital currency that uses decentralised technology for secure payments and storing money – no banks or middlemen needed. The bitcoin market has a total value of around $270 billion. Bitcoin payments are made using bitcoins. Bitcoins are a form of digital currency created by computer code and are sent directly from person to person through the internet via mobile apps and computers. They are used in most countries, and can be exchanged for other currencies, products and services.

Bitcoins are created through a complex computer process known as bitcoin mining and are kept in your ‘digital wallet’ (a kind of virtual bank account) on your computer or mobile phone. Roughly 3,600 new bitcoins are created each day, with about 16.5 million now in circulation. No one owns or controls Bitcoin; the network manages transactions and the issuing of bitcoins themselves. The bitcoin network is secured by individuals called minors, and they are given newly-generated bitcoins for verifying transactions. After transactions are verified, they are recorded in a shared public ledger called a block chain. For in-depth information on this ‘new’ currency, read the first paper that introduced Bitcoin. You can also find out how to buy and sell a bitcoin.

Why all the Hype?

You may be asking yourself ‘why have I only just heard about Bitcoin?’ Don’t worry; there are many asking the same question. Although Bitcoin was created in 2009, 2017 was the year it started dominating headlines due to its soaring value. A single bitcoin started 2017 worth less than $1,000 but on Friday, 8th December (2017) the value rose above $17,600, the Independent reported. Individuals are, therefore, now more interested in buying and selling bitcoins as a financial investment.

Why Have the Big Four Jumped on the Bitcoin Bandwagon?

A growing number of businesses have started to accept bitcoins around the world, including Expedia, Microsoft and two of the Big Four accounting firms: PwC and EY. Business Insider reports that accounting businesses have shown more interest in digital currencies than Wall Street banks! So far, we’ve identified two key reasons why businesses are getting involved: 1) using Bitcoin is a very secure and inexpensive way to handle payments (it’s used for everyday payments such as purchasing train tickets); and 2) businesses are embracing new technologies to answer their customers’ demands. Marcel Stalder, CEO of EY Switzerland, said:

“It is important to us that everybody gets on board and prepares themselves for the revolution set to take place in the business world through block chains, smart contracts and digital currencies.”

All That Glitters Isn’t Gold

Despite big-name companies getting on board, there are many still sceptical about the effectiveness and safety of bitcoin. Again, we’ve found this is due to two main reasons: 1) bitcoin is exceptionally volatile – businesses could lose out if prices plunge; and 2) bitcoin could draw the attention of regulators – the US government could yet impose a system of checks and balances that could “crush the digital currency’s price,” said Business Insider.

If, like two of the Big Four accounting firms, Bitcoin grabs your attention, accounting may be the perfect career for you. To discuss studying one of AAT’s accounting qualifications, contact Aspiring Accountants today.

How to Make Sure YOU Get the Job!