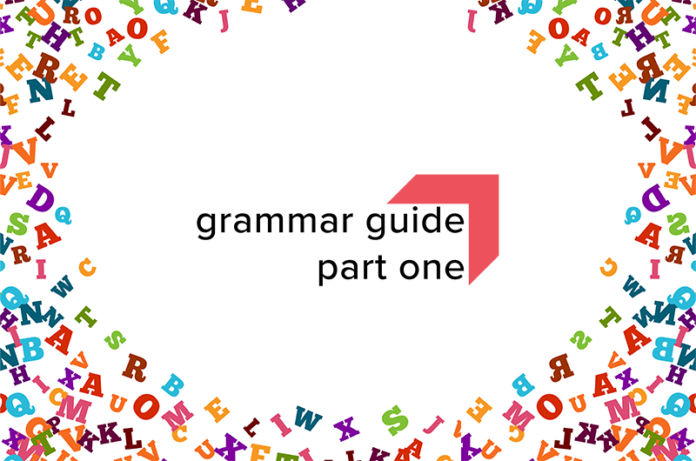 Often we find ourselves in awe of a fellow student or teacher that has seemingly endless amounts of confidence and control over their writing. Those commanders of words are given almost god-like status; surely mere mortals like us can’t reach the heights of their grammatical authority. You may be surprised to find out that these talented grammarians are not so different from us; they too had to struggle, learn and make mistakes before they truly understood how to master the written word.

Today we begin our quest to shorten the distance between ourselves and the Shangri la otherwise known as grammatical correctness. We’ll start with some basic principles that many students and professions still find tricky.

Verbs come in many shapes, sizes and forms; their primary purpose is to give movement to a sentence. Without verbs we’re nothing, and we can’t do anything.

Verbs can fall into several categories. Linking verbs are used to express how something is, was or will be. The simplest and most common form of a linking verb is to be. Sensory verbs express things that you gain through your senses, but they work in much the same way as linking verbs as they tell you how something is, was or will be, albeit through the eyes of an individual (although they can be action verbs – we’ll discuss this later). He sounds terrible; he cannot be a professional singer!? We can think of linking verbs as an equal sign:

He = not a professional

Sentences using linking verbs must take one of three endings:

An adjective – He sounds terrible

A noun – Theresa May is the Prime Minister

A pronoun – It appears the winner is he

The pronoun example may look and sound a bit odd. We don’t often construct sentences in this way, especially in speech; although, grammatically speaking, it’s correct. The quick rule here is the pronoun should be the same both in front of and behind the verb:

The winner is he.

He is the winner.

In the first example, it would be advisable to use the noun instead of the pronoun.

The winner is David.

Being is great, but eventually, you’ll want to do something. Every verb that isn’t about being is an action verb. Some verbs can fall into both categories – appear, feel, grow, look, prove are some examples. You can differentiate between the verb categories by seeing if the equal sign fits:

We’ve already mentioned that linking verbs must be followed by either an adjective, noun or pronoun: these are called subject complements. The confusion over which pronoun to use after a verb is often caused by mistaking a linking verb with an action verb as each uses a specific set of pronouns.

Subject Pronouns for Subject Complement – I, we, you, he, she, it, they, who

Object Pronouns for Action Verbs – me, us, you, him, her, it, them, whom

Dan wrote a letter to his friend David.

We could replace the direct object with an object pronoun:

Dan wrote me a letter.

The main cause of the problem appears to be our consistent mistakes in speech. It’s natural to say, for example:

Did you hear about the great new singer? That is her over there.

This is, in fact, incorrect. ‘Her’ is an object pronoun, but we’re using the linking verb to be. The correct form should be:

Did you hear about the great new singer? That is she over there.

Ideally, we would shift the sentence around and avoid using a subject complement here:

That’s the great new singer over there. Have you heard of her?

Do you still have grievances with grammar? Join us next time for a detailed look at verb tense, and get the writing skills you need to study and work confidently in accounting.