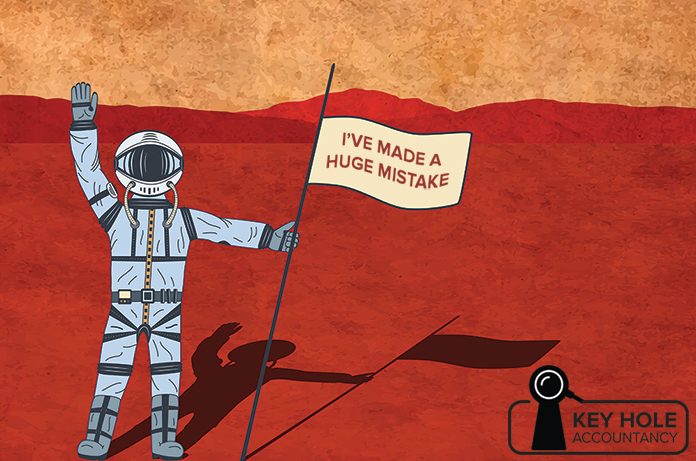 In the first of our Key Hole Accounting series, we connect Mars, the House of Mouse and considerable profit loss.

Originating from a story by legendary author Edgar Rice Burroughs, Disney’s John Carter had all the makings of a box office smash: Oscar-winning director, astronomical production budget, one of the entertainment industry’s biggest marketing funds… Confounding all predictions, however, John Carter managed to become one of the biggest box office losses in cinematic history.

So what went wrong?

Pitched as a kind of ‘Indiana Jones on Mars’ (Mars was dropped from the film’s final title; Disney have a difficult relationship with the red planet), Disney saw John Carter as their own Avatar; indeed the film had been thought of as the beginnings of a franchise, with sequels planned. And you don’t have to look far to see why the House of Mouse felt so confident.

John Carter’s director, Andrew Stanton was (and continues to be) a commercial and critical hit maker… as long as he stays clear of live action. John Carter was Stanton’s first foray outside of animation. Indeed, his film credits before 2012 were impressive, although somewhat restrictive: writer for Toy Story, writer/director of A Bug’s Life, writer/director of Oscar winner Finding Nemo, writer for Monsters INC, writer/director of Oscar winner Wall-E. He was part of a rare breed of director: the commercial and critical darling. It’s no wonder Disney gave Stanton the opportunity to direct the project if you look at the cold hard cash he’s delivered in his animated features.

In comparison to the more avant-garde Wall-E (a film about robots falling in love, with next to no dialogue), John Carter’s box office losses continue to dumbfound. The American war vet fights the good fight, gets the girl, all whilst performing valiant acts with superhero levels of panache. However, scratch the surface and we begin to see a muddled plot, or “woefully over complicated” as Indiewire put it, that appears to have been directly transferred onto the marketing collateral. Indeed, Indiewire commented that the promotional team simply “didn’t know how to market the disparate elements.”

Reports connected the film’s losses with the combination of mediocre reviews, a lack of experience from many of the personnel involved and the difficulty in giving a clear indication of film’s the main message in the marketing material. Indeed, making sense of the trailer is an exercise in abstract montage interpretation with the only common theme seemingly being Taylor Kitsch’s bare chest.

Financiers from Disney appear to have learned from their experience as just over a month later, Marvel’s Avengers was released, starting a profit-producing cultural phenomenon that has spawned various sequels, tie-ins and crossovers. As Rich Ross, Chairman of Walt Disney Studios at the time of John Carter’s release told NYTimes: “Moviemaking does not come without risk. It’s still an art, not a science, and there is no proven formula for success.”

Try telling that to Kevin Feige.

AAT Salaries Series: Your Progression Up the Earning Ladder

Which Accountant Persona Are You?