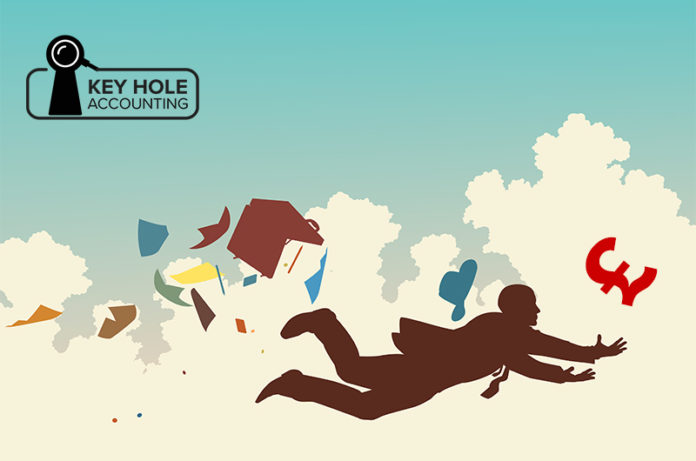 Key Hole Accounting is back at it again! Today we discuss another baffling example of financial mismanagement; who’s in the spotlight this week? The National Health Service (NHS); however, culpability lies elsewhere.

The NHS is one of the world’s largest employers (with a payroll list of 1.2 million people), and cost £116.4 billion to run in 2015/2016. The gargantuan numbers don’t stop there: every 36 hours, the NHS treats over one million patients.

How does one go about funding such a large organisation? If you live and work in the UK, congratulations; you’re more than likely one of the 29 million paying income tax, national insurance and other forms of tax that fund the NHS. Sadly, although your money pays for the service, you don’t get to decide how much of it goes towards the NHS.

It’s no secret the NHS has been underfunded for some time. Independent charity The King’s Fund created a report on the government’s lack of investment in the service:

“Though funding for the Department of Health continues to grow, the rate of growth has slowed considerably compared to historical trends. The Department of Health’s budget will grow by 1.2 per cent in real terms between 2009/10 and 2020/21. This is far below the long-term average increase in health spending of approximately 4 per cent a year (above inflation) since the NHS was established and the rate of increase needed based on projections by the Office of Budget Responsibility (4.3 per cent a year).”

Underfunding, then, is not a new issue. Why, you may be asking, is KHA looking at such a well travelled path? Cutting money to such a vital service is not without consequences; meeting demand and maintaining levels of care is much harder without adequate resources. The message appears clear: “underfund the NHS for too long and it will blow up, sooner or later,” which leads us to…

Is treatment from an NHS provider becoming dangerous? “Quite the contrary,” argues the Telegraph, so why are negligence costs increasing? Back in February 2017 the then Secretary of State for Justice Elizabeth Truss changed the Ogden Rate from 2.5% to -0.75%. The Ogden Rate is a calculation used by the courts to find how much insurers should pay to customers in cases of life-changing injuries. The percentage is based on returns from the lowest risk investments, which is often government bonds; since the return on bonds has fallen dramatically, the government altered the percentage to reflect the change. It’s worth noting that investments from negligence payments aren’t necessarily placed in government bonds.

The NHS are directly impacted as law firms working on behalf of injured patients seek damages regarding negligence using the same Ogden Rate. In real terms this means a considerable amount of extra money; one example saw “an NHS trust forced to nearly triple its payout to a 10-year-old girl left with cerebral palsy from £3.8m to £9.3m,” reported the Guardian.

Although new money has been made available for the NHS, the Kings Fund claimed that “the extra funding pledged falls well short of the amount that we estimate is required… The NHS next year will not be able to maintain standards of care and meet rising demands for services.” It appears to be just a matter of time before the NHS is taken to crisis point.

Are you intrigued by the prospect of financial analysis? A career in accounting may be the ideal place to lay your professional cap. Contact Aspiring Accountants today to find out where your inquisitive mind can take you in the world of finance.

A Day in the Life of an Accountant

How To Start Bookkeeping For Small Business